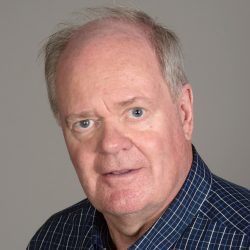 A Celebration of life will be held at a later date.

Watch the video of the graveside service,

Click on the link below:
https://youtu.be/Te4mmNQm7ak
Obituary Viewed 1352 times

Age 68 of Apple Valley MN, born November 23, 1951 in Hibbing MN, passed away peacefully with family at his side on September 5, 2020. Rich attended school in Kelly Lake and Hibbing. He was a graduate of Hibbing High School, where he was a proud member of the high school hockey team that placed third in the 1970 State High School Hockey Tournament. Rich attended college at Princeton University and the University of Minnesota. He received his law degree from William Mitchell College of Law in St. Paul. He was united in marriage to Kay Larson of Hibbing in 1974. Rich had his own law practice for over 30 years in Apple Valley and Lakeville, his specialty being real estate. He also enjoyed coaching his kids’ softball and hockey teams, loved woodworking, treasured spending time with family at the cabin, and was an active member of Grace Lutheran Church in Apple Valley. Rich will be dearly missed by his wife of 46 years, Kay; daughter, Jill (Ryan) Sorensen of Rosemount; son, Philip (Josie) Hocking of Lakeville; grandchildren: Kyle Sorensen, Peyton Hocking, and Easton Hocking; sisters, Donna (Mike) Hukka and Cindy (Frank) Chamernick, both of Hibbing; and nieces and nephews. He was preceded in death by his parents, Richard and Barbara Hocking of Kelly Lake. Rich will be laid to rest at a private graveside service at Lebanon Cemetery in Apple Valley. In lieu of flowers, memorials may be made to the Endowment Fund of Grace Lutheran Church of Apple Valley (https://graceofav.org/endowment and designate “Rich Hocking memorial” in comments) or to a charity of the donor’s choice. A celebration of life will be held at a later date.