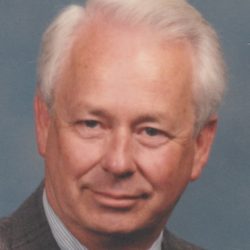 Funeral Service-11:00 AM, Thursday, with visitation one hour before at

Easter Lutheran on the Hill

Visitation– 5-7 PM, Wednesday, at the Church

and one hour before the service on Thursday at the church.

The Rev. Rhuben Oscar Aga, Junior, was born January 18, 1932, in Redwood Falls, MN, the youngest son of Rev. Rhuben Oscar Aga, Senior, and Irene Lillian Aga (nee Juell).  He spent his boyhood in Mankato, MN and teenage years in Pasadena, CA where the family moved in 1945.  Rhuben graduated from high school in 1949, and from John Muir Junior College in 1951 in Pasadena, CA. In 1953, he graduated with a BA in Chemistry from Sacramento State College, Sacramento, CA.

Rhuben entered military service in 1954, and served in the U.S. Navy for over 20 years, both on active duty and as a reservist, and retired as a Lieutenant Commander.  After graduating from the U.S. Navy Officer Candidate School, Newport, RI, he spent three years active duty (1954-1957) as a Communications Officer in San Diego, CA with the Pacific Fleet Amphibious Forces, and deployments across the Western Pacific (including Japan, Korea, Vietnam, and Hawaii).  He climbed Mt. Fuji in 1956 while stationed in Japan.

He married Margaret (Peggy) Jean Finn in 1957, and they were blessed with three children, whom they raised in Story City, Iowa and Detroit Lakes, Minnesota.  They divorced in 1996, remained good friends, and Peggy passed away in 2008.

Rhuben entered Luther Theological Seminary in St. Paul, MN in 1957, serving his internship at Medill Avenue Lutheran Church in Chicago, Illinois in 1959-60.  He graduated with his M. Div. and was ordained as an American Lutheran Church (ALC) Pastor in 1961.  After his ordination, he continued his military service as a Chaplain in the U.S. Naval Reserve. While living in Iowa, Rhuben served as the Reserve Chaplain for the NROTC (Naval Reserve Officers Training Corps) Unit at Iowa State University in Ames, IA.

Rhuben was a man of great faith, who firmly believed in sharing the Gospel.  His appreciative congregations cited his friendly, quiet, gentle, kind and loving spirit. His sparkling blue-eyes counseled, supported, uplifted, led and shepherded Lutheran congregations in the Midwest and California.  Rhuben was baptized, confirmed and married by his own pastor-father, and Rhuben was also able to perform the confirmation and marriages of all three of his children, and baptize many of his grandchildren.

His favorite morning prayer, which he loved to teach and share with others, was:

Rhuben married Diane Sjobeck (nee Rollins) in 2009, residing in Apple Valley, MN.  They enjoyed singing in the choir and other activities at Easter Lutheran Church.  They loved traveling together, including multiple adventures across the United States, visits to national parks, and cruises to Alaska, Hawaii, and the Caribbean.  Many summer days were enjoyed at the Aga family cabin on Lake Lida in Ottertail County, MN; a favorite destination, where Rhuben spent time during almost every summer of his entire life.

Favorite hobbies were antique and sports cars, starting with rebuilding a 1915 Model T Ford as a teenager.  Rhuben owned over 30 cars in his lifetime, and in later years he loved reminiscing with visitors about each one.  He owned a convertible of some kind during most of his adult life, and even this summer he enjoyed every minute in his (third!) Mazda Miata!

A lifelong “gadget guy”, Rhuben enjoyed slide photography, video, electronics, computers, high fidelity sound, and collecting American Flyer and “N scale” model trains.  He always had a camera in hand or nearby. He was active in camera clubs, and as a gifted photographer, Rhuben would turn the ordinary into the artistic.  Lake Lida sunsets were a favorite subject.  He documented travel experiences and scenery on trips to Japan, Israel, Egypt, Jordan, Tanzania, and even the historic family farm “Agatunet” on the Hardanger fjord in Norway.  These photographic essays were often shared with congregations and school groups.

He is preceded in death by his parents, brother Dr. John H. Aga, and two siblings who died as newborns, Lajla L. Aga, and Peter A. Aga.

Rhuben’s surviving family would like to thank the staff of Good Samaritan Society in Inver Grove Heights, MN, the Allina Hospice team, and the Easter Lutheran pastoral staff for the kind, patient and compassionate care they provided for our beloved husband, father and grandfather.