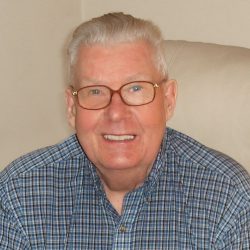 Passed away peacefully on July 21, 2018 at Providence Place in Mpls. He was born Feb. 11, 1933 in Mpls. and is survived by his beloved wife of 61 years, Margaret; daughter, Heidi (Neil) Blazey; son, Bruce (Fay) Hegg; brother, Roger (Jo Anne) Hegg; step-grandchildren, Russell Blazey and Vanessa Blazey; and many nieces & nephews. He was preceded in death by his parents, Axel & Ann (Anderson) Hegg.  Ralph was a veteran of the Korean War, serving in the USMC as a tank commander, PFC. When he returned stateside he served as a tank instructor, CPL, at Quantico, VA. After his discharge from the military, Ralph worked 34 years as a warehouseman for Grain Belt Brewery and for S & M Tire Co. He enjoyed working on cars and was an avid fisherman. He will be dearly missed by many.  Services will be held on Friday, Aug. 10, 2018 at Henry W. Anderson Mortuary, 3640 23rd Ave. So., Mpls. Visitation begins at 10:00 a.m. with a memorial service at 11:00 a.m. Burial to follow at Fort Snelling Cemetery.  In lieu of flowers, donations can be made in his name to Grace Hospice, 1015 4th Ave. No., Ste. 206, Minneapolis, MN 55404.