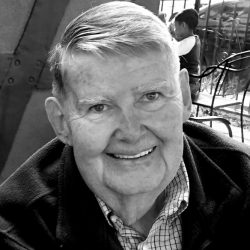 Spillane, Michael J.
Age 77, of Apple Valley, passed away peacefully, surrounded by family at home on April 1, 2021 after a brief battle with Lymphoma. Preceded in death by his father, James Spillane, and mother, Esther “Mickey” Avery. Born in Duluth and raised in Minneapolis where he was a graduate of North High School class of 1961. Attended University of Minnesota and member of the Minnesota National Guard. Married Judy, his wife of 55 years, in 1965. Along with partners, started Powder Technology, Inc. in 1980. It has been a very successful business venture which continues today and allowed him the luxury of retiring in 2004 at the age of 59. Longtime member of Grace Lutheran Church in Apple Valley. Mike enjoyed playing softball, golf, travelling in the U.S and Europe and spending time with his family and friends. He was known for his fun sense of humor and exceptional generosity, always thinking of others before himself. Survived by loving wife, Judy; daughters, Julie (Dave) Forcier, Melissa (Greg) Boeser and Amy (Dan) Pepich; grandchildren, Justin (Liz) Forcier, Brandon (Madie) Norris Forcier, Hannah Pepich and Shane Pepich; sister, Patty Pederson. Private funeral service to be held at Henry W. Anderson Mortuary in Apple Valley. Inurnment at Lebanon Cemetery. In lieu of flowers, memorials preferred to: Walk with G.R.A.C.E. (Greater Richland Area Cancer Elimination) at P.O. Box 213, Richland Center, WI, 53581.