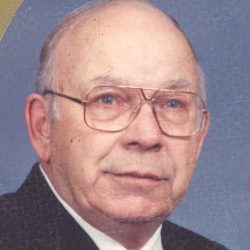 Visitation one hour before the service

Howard Henry Peterson, age 85 of Minneapolis, passed away on Saturday, August 20, 2005. He served in the Navy in WWII on the USS Barb. He asked to go on more than the usual missions in the Pacific. He retired from the Minneapolis Public Health Center in 1984. He and his wife enjoyed traveling to Sub Vet Conventions and visiting family in AK and WI. He was a member of the American Legion. He was a great fisherman, bowler, and woodworker. He was preceded in death by his parents, August and Anna, and brother, Norman. He is survived by his loving wife of 56 years, Virginia; daughter, Jill (Clarence) Trentlage; son, Jeffrey (Beverly); 5 grandchildren: Tim, Sarah, Jenny, Russell, and Eric; 3 great-grandchildren. Funeral service, 11 AM, Wednesday, August 24, at Henry W. Anderson Mortuary 3640 23rd Ave. So., Mpls.. Visitation 1 hour prior to the service. Interment at Fort Snelling.