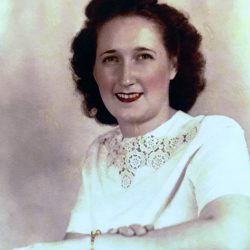 Services will be held on Saturday, October 27th at 2:30 pm with visitation a half hour prior at Shepherd of the Valley Lutheran Church, 12650 Johnny Cake Ridge Road, Apple Valley, MN.

Esther Lorene Kelley, age 92 of Burnsville, MN, died Saturday, October 20, 2018, peacefully at home after many months of pain and decline from a spinal fracture. She was born September 11th, 1926, at her home in Blue Earth, proudly midwifed by her own grandmother. She helped care for her younger siblings and completed 8th grade before entering the workforce. Esther worked as a waitress, selling dresses at Buttresses and Queen Frocks, and then at Madsen’s department store, eventually managing shipping and receiving until she retired. She met Jim, her husband of 71 years, at the restaurant where the manager asked Jim, who she had never met, to give her a ride home from work. She was so nervous that she sat in the backseat and ate an entire bag of cookies between the restaurant and home. The two were married in Hudson, WI, by a Justice of the Peace and had one child. Esther enjoyed gardening, needle point, quilting, music, dancing, and cards. Most of all, she loved spending time with her family. When Jim and Esther retired, they moved from Lake Crystal, MN, to Backus, MN. Her brothers and sisters came up for an annual “housewarming party” at their home in Backus, MN, where there was no shortage of humor, food, cards, and love. They wintered in Port Aransas, TX, for many years, making lifelong friends with other Texas snowbirds. As they aged, Jim and Esther decided to move to Wanamingo, MN, to be closer to her daughter and medical care. Again, in a new town, Esther made friends with everyone on the street. She never was short of social companions and dear friends. When Jim needed more constant care from family, Jim and Esther moved to The Rivers in Burnsville, MN. Once again, Esther made friends that would see her through until the end of her life. She is survived by her granddaughters, Kelley Knake, Jenny (Declan) Duddy, and Carrie (Mark) Gamm; son-in-law, Art Wells;  great-grandchildren, Jacqueline (Daniel) Knake, Andrew (Lauren) Knake, Katie Knake, Connor Duddy, Saoirse Duddy, Sionan Duddy, Alyssa Gamm, and Carter Gamm; great-great grandchildren, Kai, Keira, and Emry; siblings, Paul (Barb) Jacobson and Margel (Dick) Woltman; many dear nieces, nephews, cousins, in-laws, and countless friends. She was preceded in death by her parents, Edwin and Millie Jacobson; husband, James Kelley; daughter, Shirley Wells; brothers, Pearl Jacobson and Kenneth Jacobson; sister, Fern Forseth; and great-grandson, Jonathan Knake. Services will be held on Saturday, October 27th at 2:30 pm with visitation a half hour prior at Shepherd of the Valley Lutheran Church, 12650 Johnny Cake Ridge Road, Apple Valley, MN.