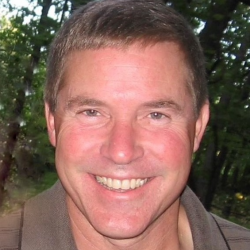 Dan is one of five boys born to Marlys and Virgil Orner. Dan spent many summers at his grandparent’s cabin and learned how to fish and ski at a young age. He was a great water-skier, always getting up on one ski well into his grandpa age and giving everyone a show! The hobby Dan is best known for was being an avid fisherman. He enjoyed taking friends and family out fishing and competing in several bass fishing tournaments that he placed well in. Dan enjoyed softball and bowling leagues for many years. Dan’s strong work ethic, problem solving, and mechanical mind showed through as a youth that led his career choice to a Pipefitter trade for over thirty years. He had a rewarding career and was a member of Local 539 Minneapolis Pipefitters Union. Dan was the first to be there when anyone needed help in any type of project! His faith was also very important to him, of which he served in youth ministries, enjoyed men’s bible studies and fellowship. Dan used his construction abilities and volunteered for Habitat for Humanity. He had a great sense of humor, loved life, and was a friend to all! His biggest passion was his family…spending time with Deb, his wife, and their two sons, daughter-in-law, and grandchildren, along with many other family and friends!