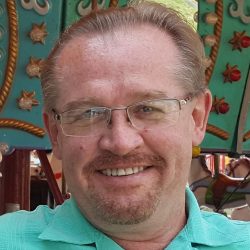 Anyone who knew Clyde would agree that his magnetic smile lit up any room he entered and Clyde’s engaging personality was just the surface of the phenomenal person he was.

Clyde was a man of strong values and principles who could be counted on to be there for whatever reason you needed his support. Clyde was a loving and supportive father of four incredible young men, ages 21 to 28. He played a highly active role in each of their daily lives, which included being the head coach of his boys’ soccer team as well as coaching from the sidelines in his sons’ other sports of ice hockey, lacrosse, and karate. A career sales executive … from mortgage loans to security software and more, he always excelled at collecting ‘top sales’ awards and it’s been stated by many that, “Clyde can sell ice to Eskimos.” Part of his success came from being a great listener and great friend to all who knew him.  He was a member of the “Cool Dad’s Club” known by his sons’ friends as Papa Coop.