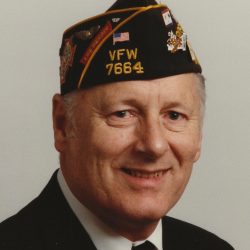 Age 86 of Maple Lake, died peacefully in his sleep on Thursday, August 29 in his home. Bloise was born February 4, 1933 to Bloise F. & Josephine (nee Jindrich) Nelson in Minneapolis. He graduated from Roosevelt H. S. in 1950. Bloise served 4 years in the United States Air Force as a flight engineer on the C-119 Boxcar. After his discharge, he moved to Bloomington where he worked for Northwest Airlines as a mechanic and later as an aircraft inspector, retiring after 41 years. He also had an altimeter repair business. Bloise was an active member of the VFW in Maple Lake where he served as Commander and Quartermaster. He was a member of the American Swedish Institute and belonged to the Gustavus II Adolphus Society and the Svenska Sallskapet Society. Bloise was a gentle and kind-hearted man with great respect for his country. He loved the outdoors and was an avid hunter and fisherman. Let’s all remember him for his kindness and willingness to help others. He will be dearly missed by his children: Jacqui (Jeff) Jarnes, Claude (Gail) Nelson and Anita Nelson; grandchildren: Kristin, Justine, Erika, Karl, and Amelia and great-grandson, Cashel.  Bloise will be laid to rest with honors at 10:45 AM, Friday, September 20, 2019 at Fort Snelling National Cemetery.  A Celebration of Life will follow at 3:30 PM at the V (former VFW, 66 Maple Ave. N) in Maple Lake.