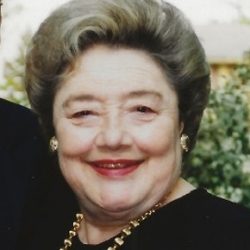 Private internment will be at Fort Snelling with her husband.

Thea was born in Sentinel Butte North Dakota and she and her parents moved several times for her father’s job as a Pharmacist. They settled in Minneapolis when Thea was a teenager. Thea graduated from Central High School, class of 1948, and was in a High School Sorority. She attended the University of Minnesota and worked as a buyer for the Oval Room in Dayton’s. She met Chuck on a blind date but had known who he was because they went to the same church. Chuck’s father, the Minister there married them on May 9, 1958 and their love story never ended. Chuck was a civil engineer by trade, but
in 1959 they purchased an A&W Drive-in which they operated for 10 years. Chuck and Thea spent a great deal of time with their church community of St. Peder’s Lutheran Evangelical Church where Chuck was a past President and Thea served on the council. Thea loved to help organize the Fall Festival each year. Chuck and Thea moved the family to Alexandria from 1976 to 1977 where they made great friends and Thea was involved in community theater and loved it. Thea worked part time for about 12 years at Thrifty Drug and after that at The Medicine Shop, both Minneapolis neighborhood pharmacies. Thea loved sports and particularly Basketball that her father had played in College. She also enjoyed music, the theater and perhaps most of all she loved spending time with her two grandchildren and her great niece and nephew. Thea touched many lives with her sometimes ornery wit and her genuine love of
laughter.

Funeral Service, 11 AM, Saturday, August 22, 2020 at Henry W. Anderson Mortuary, 3640 23rd Ave. So., with visitation one hour before. Internment will be at Fort Snelling with her husband. In lieu of flowers if so desired, memorials may be sent to St. Peder’s Evangelical Lutheran Church – 4600 East 42nd Street, Minneapolis, MN 55406, or donor’s choice.