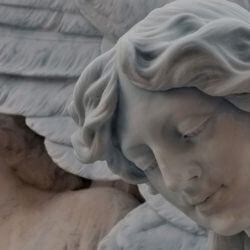 age 71 of Saint Paul, born September 10, 1949 in Minneapolis to Clair and Verna Lefavor, passed away October 2, 2020 after a 14 year battle with Lupus and several chronic illnesses. Sheila graduated from South High. After vocational school, she began her working life as a Licensed Practical Nurse. Her active years included 19 years with the Mpls. School District where she served as union president for Local 56 until she was forced by medical disability into an early retirement. As a neighborhood activist, she was chairperson of two northwest Mpls neighborhood boards, the Camden News and served on the Neighborhood Revitalization Program citywide board. She was active in Mpls. DFL politics during the 1990s. Sheila was a performing jazz singer with a natural voice that could sound like Billie Holiday and Patsy Cline—hard to believe but true. Not a self-promoter, her most consistent performance was as the lead singer with the band, Blues Farm from the late 90s until 2005. Sheila was a lifelong animal lover and always had at least one stray cat or humane-society dog. She loved collecting rocks at her trailer on Lake Mille Lacs. In recent years she fought chronic pain to crochet as much as possible and has grown an army of Christmas cacti and other house plants. Sheila will be deeply missed by her husband of forty years, Stan Theis; son, Alex; siblings: Larry (Joan) Lefavor, Connie (Kent) Jenson, and Kymiah Lefavor; and Jack “Angel” the shizu. A private burial will be held at the Nicholas Cemetery in Spencerbrook, MN.