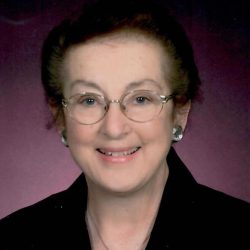 Sandra Karen McKagan died on Friday September 13, 2019 at the Minnesota Masonic Home in Bloomington, with loving family at her side.

Sandra, “Sandy” was born February 22, 1942 in Virginia, MN to Robert and Elizabeth (Brain) Erickson. Sandy and her two younger sisters, Susan and Carol were raised in what had formerly been her paternal grandparent’s home on North Central Avenue in West Duluth. They were children of a Duluth, Winnipeg and Pacific Railway worker and a devoted housewife. Sandy spent most of her school years, falls and winters in Duluth, but finished them in the springs in a one-room schoolhouse in Malmo, MN, near her parents resort, “Bob’s Landing”, on nearby Mille Lacs Lake. It was there that she learned the hard but rewarding work of running a family resort with her parents and sisters. She graduated from Duluth Denfeld High School in 1960 and the University of Minnesota-Duluth in 1964 with a Bachelor of Arts degree in Home Economics.  While at UMD, Sandy was active in the Delta Chi Omega sorority and the Home Economics Club.

In June of 1963, the summer after her junior year of college, Sandy married “the love of her life” Jack McKagan, a rural Proctor boy. Together they made their home in Proctor, raising their two sons, John and Richard. Sandy was a “housewife”, totally devoted to the lives of her two boys and her husband. She created the ideal home for her family, making sure that everyone’s needs were met, oftentimes at the expense or neglect of her own. Sandy enjoyed many years of service in various Masonic organizations. She was a past Honored Queen of Job’s Daughters in West Duluth, A Bethel Guardian for Job’s Daughters in Proctor, a four-time Worthy Patron for Proctor, Trinity (Duluth) and Woodland (Aitkin) Chapters of the Order of Eastern Star, a past Grand Marshal for Minnesota Eastern Star, past Grand Representative for both Nebraska and Missouri for Minnesota Eastern Star, and past worthy High Princess of Mizpah Order of White Shrine (Duluth). Sandy also devoted many other hours of service to others, including the United Methodist Church. She was former church member of Central Ave UMC in West Duluth, Forbes UMC in Proctor, Pine Lake Chapel UMC in Aitkin, and right here at the MMH Chapel. Sandy served many years as a Sunday school teacher, Sunday school Superintendent, church council representative, many church circles, along with the United Methodist Women. Sandy was also active in Arrowhead Home Economists with friend and schoolmate Bea Ojakangas, and still found time to volunteer for Cub Scouts, Boy Scouts, and the Order of DeMolay.

She embodied the words service, devotion, and volunteerism. When President George H.W. Bush spoke of “One Thousand Points of Light”, he was referring to people like her.

Sandy was very close with her grandchildren, acting as their daycare provider until both were in school. In 2001 Sandy and Jack realized their lifelong dream, retiring to a home on Mille Lacs Lake. Sandy enjoyed living near the place most special to her, her family’s old resort and cabin site. She enjoyed making their home on the lake a comfortable place for her children, grandchildren, family and friends to visit and relax. When both Sandy’s struggle with dementia and Jack’s 35-year battle with Multiple Sclerosis intensified in 2013, they moved to the Minnesota Masonic Home in Bloomington; a facility they helped support in their many years of Masonic service.

And again, we need to give thanks and much love to Sandy (and Jack’s) caregivers and friends from the Minnesota Masonic Home. From their time in the Independent Living Townhomes, their Assisted Living apartment, and lastly their time in the Memory Care Unit, we were very blessed by having such dedicated, loving people here at the Minnesota Masonic Home who cared for our parents these past six years. We owe you so much.

Thanks to all of you for everything you’ve done for Sandy and Jack, and all of us over the years. Thanks for your encouraging words, your hugs and kisses, and your many prayers. They meant everything. It’s good to know and be reminded that Sandy made a difference in your life.

Sandy was preceded in death by Jack McKagan, her beloved husband of 55 years, just five months ago and her parents, Robert and Elizabeth Erickson.