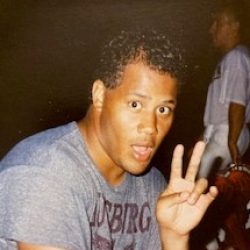 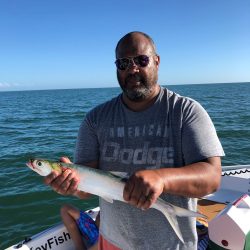 at the age of 54, ‘slipped the surly bonds of Earth,’ on December 24, 2022 when he passed from this life into eternal life with the King of kings. Kerry’s short but fierce battle against pancreatic cancer ended peacefully at his home in Rosemount, Minnesota, where he was surrounded by his wife, children and several family members as he was welcomed home by his Savior, Jesus Christ.

Kerry was born on March 5, 1968. Even from a young age, Kerry demonstrated his heart for the marginalized. He would find the person who had no one and call him ‘friend.’ Kerry delighted in offering second chances to those who needed it most and understood the transformative power of mercy and forgiveness. It was his compassion for those less fortunate that inspired him to do work with organizations like Saint Stevens and Chapel of Hope, providing meals to the needy and orchestrating community Christmas programs for children and young adults.

Kerry was gifted. What’s more, he recognized the blessings the Lord had given him and pursued excellence in several areas of his life. In high school, he was a successful heavyweight wrestler triumphing over nearly all his opponents, much to the delight of his younger brother and sisters. He earned a Presidential Scholarship to Augsburg College in Minneapolis where he played football, and later played professional football in Europe where he was dubbed “The Enforcer” by his teammates, winning two championship titles in Austria. Fulfilling a childhood dream, Kerry went into business with his best and lifelong friend, where together they owned a successful residential and commercial construction enterprise. He often said that mentoring and working alongside his employees was one of his greatest joys.

Kerry’s giftedness was perhaps most notably recognized in two defining characteristics – his sense of humor and his generosity. His humor was infectious and left no question of his enviable wit and intelligence. His generosity was unyielding and often displayed quietly and without expectation of reciprocation. He wielded both gifts with intention, like righteous weapons, to shift the atmosphere of a place, to impact the life of a person and to demonstrate the type of joy, love and gratitude that can only come from the Lord Himself.

On most weekends you would find Kerry relaxing at home – his favorite place;  with his family – his favorite people; and in his bathrobe – his favorite attire. He was often sharpening his understanding of any variety of topics by reading, showcasing his intellect by tackling the New York Times crossword puzzle, or flexing his proverbial muscle as “Pops” by reigning superior over his kids at cards and board games. And, if you were lucky enough to attend his annual RibFest, you might find yourself in a head-to-head competition with Kerry for the title of Rib Master.

Kerry, thank you for being our beloved husband, dad, grandpa and son, our loving brother and family member and our loyal friend. We anxiously and hopefully await the day we are reunited with you. Until then, we will thank the Lord for giving us such a beautiful gift and irreplaceable treasure. Until we meet again in the presence of Almighty God, your absence will be felt always and your presence deeply missed. We love you.

The funeral service will be held at 11:00 AM, Friday, January 6th at Berean Baptist Church, 309 Co Rd 42 in Burnsville, with a visitation one hour before.

Consistent with Kerry’s desire to show the love of Jesus to those in need, he requested that in lieu of flowers, donations be made to help build disaster relief shelters for the most vulnerable. To learn more and to donate, visit goservglobal.org/safe-t-home/.