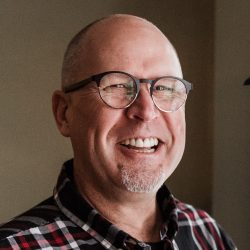 at the home of Chris & Stephanie Ewals,

Age 54 of Brooklyn Park, was born November 28, 1966 in Elbow Lake, MN to William & Angeline Nelson.  John was involved in a tragic motorcycle accident and went to be with his Lord on July 18, 2021.

John was an active member in the Jaycees with the Wendell Chapter, mostly on the softball team. It was through the Jaycees that he met his wife, Monica.

He served in many leadership roles in the BSA. His favorite was Den Leader for both his sons when they were in Cub Scouts and then as Scoutmaster as his boys moved on to Boy Scouts. He was also instrumental in bringing to MN the alternative program of Trail Life USA, a Christian focused organization. He traveled’ throughout MN with his wife and boys at his side introducing the Trail Life program to churches throughout the state.

He could always be found involving himself in his boy’s sports life as a coach or booster parent, or any other way he could get involved. I think his boys remember him most for his commitment in coaching RSC Wrestling for 10 years. He loved the smell of those stinky wrestling mats.

His commitment to his Lord, Living Word Christian Center, his home church, also drew him into serving whether it was at Manhood prayer breakfasts for the men or Marriage Matters group leader with the married couples. John was a servant leader to all.

In his career as an Engineer in the Semi-Conductor industry he holds numerous patents and technical patents both individually and jointly with others. Too numerous to even count.

Let’s not forget that his wife also brought him in to all of her volunteer activities whether as a carpenter, engineer, all-around fixer or just the needed muscle. He was not always recognized for being in the background.

No flowers preferably, memorials may be made to the donor’s choice.