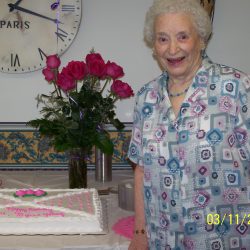 Age 98, passed peacefully away on April 21, 2020 with loving family at her side. Jane was born on March 12, 1922 in Minneapolis, MN, one of twins born to Arthur and Olive Fowler. Jane attended Roosevelt Senior High near her childhood home. Jane was married to Donald D. Anderson, who was in the US Army, on April 16, 1943. Together they raised a family and shared a loving relationship until his passing in1989. They spent many winters “snow-birding” in Arizona.

Jane was an exceptional secretary/receptionist, working at her father’s firm, Associated Motor Carriers Tariff Bureau, the YMCA, and most recently at Control Data. Jane was a wonderful homemaker and enjoyed nothing more than preparing meals and get-togethers for family and friends. She was a proficient seamstress and knitter, often making clothes for her children. She was a Christian and member of Lake Harriet Christian Church.

Jane was predeceased by her parents; her husband, Donald D. Anderson; her older sister, Edna Tiffany; and her twin sister, Jean Miriam Hagberg.

In light of present conditions, a family graveside service will be held by immediate family. A Celebration of Jane’s life will be planned for the summer. In lieu of flowers, please consider doing a random act of kindness as Jane has often done.