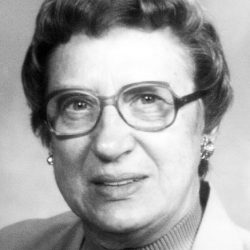 The world lost a unique and wonderful person when Glady moved on from this life.

After graduation, she got a job as a legal secretary working at the Metropolitan Building in downtown Minneapolis. When the building was proposed for razing, she took her kids down to see it before it was destroyed in 1961- it was quite the experience with the bird cage elevator and negotiating the glass floors around the atrium.

Glady met Marvin Wangstad and they became married soon after. Marv was up working on the Alaska Highway and Glady bought a house up the block from her parents for her and Loren, who was soon followed by Jeffrey, Andy, Jan and Lee. Gladys always wanted a larger family than what she grew up with, and she got it.

The Wangstad house became Neighborhood Central. All of the neighbor kids played in the Wangstad sandbox and skated on the ice rink when Marv flooded the back yard in the cold winter..

The Solomonson family hosted the Cub Scouts at their cabin on Waverly lake in 1954. It was so great that Marv & Glady bought the cabin next door. Then the Dunn family bought on the other side.  All three families moved “to the lake” as soon as school was out and didn’t return to town until school started again. All of us enjoyed an idyllic childhood, barefoot and in the lake. Memories include taking the boat to town and enjoying the soda fountain at the drug store. Movies at the little theater. And on and on. The cabin was Gladys’ legacy to her children. A place to be enjoyed and memories to be shared.

Many nights after the Muni closed in town, we could hear cars coming down the driveway. The party had just moved to the Wangstad cabin! Marv’s jukebox provided the tunes. Dancing was a big part of Gladys’ life – and she and Marv were experts. They belonged to a dance club in Minneapolis for many years.

After Marv died in 1982, she moved to Nokomis Square,  back to the neighborhood where she grew up. She was very active there, serving on the board and writing articles for the Smoke Signals newsletter.

Eventually, it became too difficult to get around and she moved to The Villa in St. Louis Park where she was well cared for, especially by Ernie.

She had a life well lived, stuffed with experiences and excitement far more than anyone’s fair share. We all share wonderful memories of a great woman, mother to all.

She was preceded in death by her parents, Ted and Carrie Kirchner, husband Marvin, brother Ralph and son Loren.

Please join us to a celebration of her life at Henry W. Anderson mortuary at 3640 23rd Avenue South, Minneapolis, MN 55407 on Saturday, November 9. Visitation at 11:30 AM followed by a service at 12:30 PM and refreshments.

Memorials to your favorite charity.