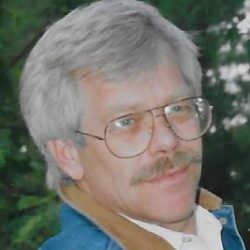 a Celebration of Life at a later date.

David was born March 28, 1946 in Granite Falls, MN to Arne & Esther Frovik. He graduated from Granite Falls High School in 1965.  After graduating, David served in the United States Marine Corps during the Vietnam War.

After his military service, David moved to Apple Valley and started a family. He became a manager for Pepsi Cola company and in 1987, David started his own business, Professional Beverage Systems. One thing David enjoyed the most about owning his own business was building lasting relationships with his customers.

David was fun loving, personable, creative, and artistic. He was a storyteller. He loved being “up at the lake” and hanging out with family while enjoying a good Bloody Mary. David also enjoyed going to church, fishing, barbecuing, watching football, Fox News and “Shooting the Breeze.”  Most of all, he loved time with his grandchildren; teaching them “Valuable Life Lessons.” Throughout his life, he worked hard and played hard. David was described by many as, “One Of A Kind!”

He is preceded in death by his sister, Cindy. David will be dearly missed by his sons, Erik (Julie), and Jed (Nilka); grandchildren: Aubrey, Grace, Zackary, Alek, Kora, Ethan and Mckenzie; sisters, Karen (Gary) and Lynette (Lon); many nieces and nephews and significant other, Nancy and her son, Todd.

Special thank you to all the wonderful nurses who cared for David over the last three years at the Ridges Specialty Cancer Infusion Center in Burnsville, MN.

A private service is being held. David will be laid to rest at Ft. Snelling National Cemetery with full military honors and a celebration of life at a later date.

In lieu of flowers, memorials may be made to the U of M Masonic Cancer Center.