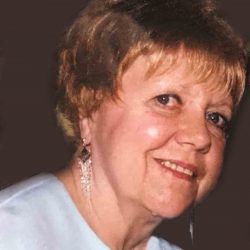 Age 72 of Burnsville, MN, born February 10, 1945, in Spokane, WA, to Raymond and Gwendolyn Redalen.  Cheryl passed away peacefully on December 12, 2017.  Cheryl was raised in Williston, ND, then moved to Grand Forks where she attended the University of North Dakota. She graduated from UND on May 13th, 1979, Phi Beta Kappa, Summa Cum Laude, with a Bachelor of Arts Degree. After graduation, she went on to teach Psychology and German at UND while living in Grand Forks, ND. She was an avid reader and had a passion for animals. Cheryl relocated to Apple Valley, MN in 1993. She entered Ebenezer Ridges Nursing Home in November, 2015, where she resided until her death.  She was preceded in death by her parents, Ray and Gwen Redalen; best friend, John “Jack” Shoultz; brother-in-law, Mark Stockwell; sister-in-law, Lori Redalen; and beloved dog, Ollie.  Cheryl will be dearly missed by her son, Barry (Kristi) Nelson; granddaughter, Kasey; siblings: Rick, Ron (Christy) Redalen, Sally Stockwell and Susan Redalen; and many nieces, nephews, family and friends.  Funeral service, 11:00 AM, Thursday, December 28, 2017, with a visitation one hour before, at Henry W. Anderson Mortuary, 14850 Garrett Ave., Apple Valley.  Cheryl will be laid to rest at Lebanon Cemetery in Apple Valley.  Memorials may be made to the ASPCA or the Minnesota Valley Humane Society in Burnsville.