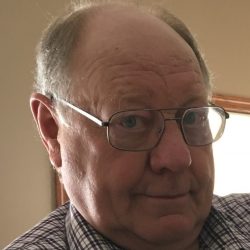 Age 71 of Eden Prairie, MN, passed away on August 4, 2019 in St Paul, MN after a hard-fought battle with brain cancer.

Allen was born to Edwin and Mabel Rettig in Hutchinson, MN on November 15, 1947.  He grew up on farms near the Brownton, Minnesota area.  He graduated from High School in 1965 from Stewart Public High School.

He enlisted in the Marine Corps in 1965 and served in the 11th Engineering Battalion – 3rd Marine Division for 19 months in Vietnam where he received several medals.

He is preceded in death by his mother and father, Mabel and Edwin; his brother, Charlie; and sister, Arlis.

He is survived by his fiancée, Lisa Werner; his children, Amy (Eric) Eklund, Joelle (Brad) Ost and Peter (Emily) Rettig; Lisa’s children, Benny (Kim) Werner, Patty Maggard, Butch (Michelle) Werner, and Michelle (Jason) Nix; his ten grandchildren, Brianna, Jillian, Nathan, Annie, Agnes, Emme, Charlie, Zayda, Zoey and Curtis; his brothers, Elmer and Dale Rettig; as well as many loving nieces, nephews and many friends from the military, from work, and from the neighborhood.

Allen worked on the Chicago Northwestern Railroad in Iowa, Nebraska and Indiana after the military.  He moved to Minnesota around 1980 and lived in Burnsville with his family doing construction and automotive work.  He has spent the last 22 years living in Eden Prairie with Lisa working as an auto mechanic at various shops in the Twin Cities area.